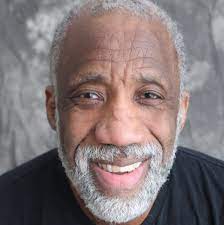 In 1968, he moved to Hawaii to join his father (a career Air Force sergeant) and attended Leilehua High School. A dedicated but inexperienced guitar player, he also took up sports and was an all-star football performer with a scholarship invitation from Arizona State. The night before enlisting in the U.S. Army on July 4, 1969, he attended his first major music concert: Jimi Hendrix playing at the Waikiki Bowl. Williams was so inspired by this concert and the music of Jimi Hendrix, that he dedicated himself to music and playing guitar.

After leaving Vietnam in 1970, Williams used his GI Benefit and attended the Berklee College of Music. While a student he founded The Paumalu Symphony, now known as Kimotion. After teaching at Berklee for one year, he graduated in 1976 with a BA in composition, and thereafter joined the Army Band program, spending a year with the 9th Infantry Division Band at Ft. Lewis, Washington. Kimo went on to attend Officer Candidate School and was commissioned a second lieutenant in 1980. His first assignment brought him to Fort Sheridan, Illinois, close enough to Chicago that he and Carol could continue producing and performing with his large ensemble (now called “Kimotion”) and their small group, Williams and Williams, in local clubs and concert venues. They set up a music publishing company (One Omik Music) as well as launched their own record company (Little Beck Music). To record their music, they rehabbed an old storefront in Chicago, and built and operated a recording studio there.

In 1983 Williams earned his MA in management from Webster University. When he left the army in 1987 to pursue composing full time he had risen to the rank of captain. He completed his military service in the Army Reserves by becoming the Bandmaster for the 85th Division Army Reserve Band, and retired from the Army Reserves as a Chief Warrant Officer in 1996. He also taught at Sherwood Conservatory of Music in Chicago, and in the Music Department at Columbia College Chicago.

In 1996, he accepted a position in the Arts Entertainment and Media Management Department of Columbia College. He a tenured associate professor teaching music until his retirement in 2015.

In 1997, Williams wrote the music for the Steppenwolf Theatre production of A Streetcar Named Desire, leading to his partnership with Gary Sinise and, in 2003, the creation of the Lt. Dan Band (named for Sinise's character in film Forrest Gump). Also in 1997, he directed the Goodman Theatre's production of the August Wilson play, Ma Rainey’s Black Bottom. In 2008, Williams' Fanfare for Life was performed during the Alabama Symphony's annual musical tribute to Martin Luther King Jr.

His compositions include works for chamber ensembles and orchestras and have been performed by groups worldwide, including the Czech National Symphony Orchestra and the Chicago Sinfonietta. In October 2013 a commission by Williams for the string quartet ETHEL was premiered at the Brooklyn Academy of Music.

Cognizant of the opportunities he had, as well as those he did not due to a childhood in which he moved often, Williams speaks to students about his history, their future and their need to combat mediocrity.