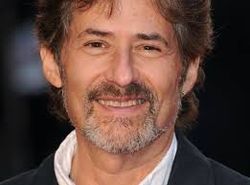 After several scoring assignments with the American Film Institute in the 1970s, he turned to film scoring. His first major film scoring was The Lady in Red. During the 1980s, he scored a number of high-profile releases, including Commando, Cocoon, and Field of Dreams, among others. Aliens earned him his first Academy Award nomination. Through the 1980s and 1990s, he scored a number of chidren’s films. Among these are An American Tail, Casper, and Jumanji. Horner has risen to the top rank of film composers. His score for Titanic won the Oscar for the best original score, and the song My Heart Will Go On also won an Oscar. In addition, Horner wrote music for a number of other films, including Star Trek, the Motion Picture, and Star Trek 2: The Wrath of Kahn.

Horner was killed when the plane he was piloting crashed in Central California in 2015.