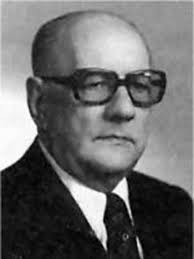 Jaime Texidor Dalmau (16 April 1884, Barcelona - 23 February 1957, Baracaldo, Spain) was a composer, conductor, and publisher who lived much of his life in Baracaldo, a picturesque city in northern Spain. He was born in Barcelona in (1885, according to records Baracaldo Municipal Band Hall) reportedly played saxophone military band for several years. In 1927 he became conductor of the Baracaldo Municipal Band, succeeding Sr. Alberdi who had founded the organization in 1902. Texidor conducted band until 1936 and, during that time, composed and arranged so much music that he decided to establish his publishing company. Many of his works were republished by Editorial Musica Moderna of Madrid and Boosey & Hawkes of London. Texidor died in Baracaldo in 1957.

Texidor was a prolific composer of music for band. He wrote pasodobles (reportedly more than 100), descriptive poems, potpourris, waltzes, schottisches, sardanas (national dance of Catalonia), tangos, folk dances, polkas, jotas, and a number of processional, funeral, and concert marches. Juan Esteve, conductor of the Baracaldo Municipal Band since 1957, recently estimated that 80 works by Texidor, including 25 pasodobles, are currently in that band’s library. Among many original scores is a concert work, Maria, which the composer wrote for his daughter. Both Jaime and Maria Texidor collaborated with another composer, Joaquin Sanchis, writing a number of pasodobles.

Texidor’s most popular publications include the descriptive poem Una Jornada Militar; the rhapsody Sabor de España; and the pasodobles Amparito Roca, Carrascosa, De Andalucia a Aragon, Sangre de Artista, Gloria al Trabajo, and Chacarte (which was dedicated to a bullfighter of Baracaldo).