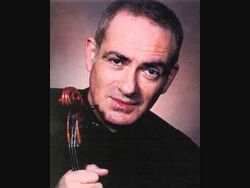 Press studied piano and composition in Paris. In his younger years he played piano for silent films in cinemas. He lived a short time in Istanbul and later in Paris. He made a concert tour through Europe in the years 1924 and 1925. In 1926 he emigrated to the United States. He was arranger for major film companies in New York City for 12 years before moving to Hollywood, where he worked mostly as a film composer.

His most popular work was the symphonic suite Hasseneh (The Wedding).