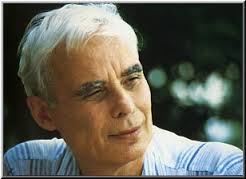 He entered the Paris Conservatoire where he studied composition with Tony Aubin and Olivier Messiaen. At the conservatoire Castérède won first prize in piano, chamber music, harmony, composition and musical analysis before going on to win the coveted Prix De Rome in 1953, which entitled him to a four year stay at the Medici Villa in Rome. In 1960 he joined the staff of the Paris Conservatoire, first as a theory teacher, then as a teacher of musical analysis and finally, in 1988, as a professor of composition.

As well as chamber music and solo piano works, Castérède also write several concerti, symphonies and choral works, as well as scores for ballets and operas. The main hallmark of his style was its ability to transcend modern musical divides being both very accessible but at the same time managing to keep its integrity and complexity, asking questions of the audience.