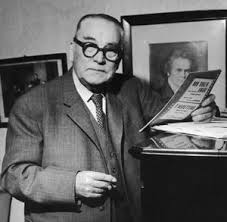 From 1919 to 1921 he lived in the United States, playing violin in the New York Symphony Orchestra, then he returned to Copenhagen and became very active there as a conductor. Most of Gade's compositions were of a light nature, but he also composed several symphonic poems, including Den Sidste Viking and Leda and the Swan. He is remembered today almost exclusively for Jalousie.