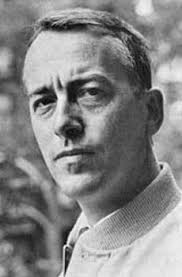 Geraedt started taking music lessons from his father, Henri Geraedts, who was a composer, music educator and choir conductor. From 1943 to 1952 he studied a large number of subjects at the Royal Conservatory in The Hague. His teachers were Henk Badings (composition), Hendrik Andriessen and Sem Dresden (instrumentation), Johan Feltkamp (flute) and Willem van Otterloo and Jan Koetsier (orchestra conducting). He went on to study at the Royal Conservatoirein Brussels between 1947 and 1949: composition with Léon Jongen, fugue with Jean Absil and flute with Francis Stoefs.

Geraedts was a flute teacher at the Toonkunst music school in Leiden from 1952. He was also a music critic for the Haagse Post and the newspaper Het Vaderland. From 1975 Geraedts was artistic advisor to the Netherlands Chamber Orchestra. Later, as a member of the Willem Pijper Foundation, he advocated the publication and management of Willem Pijper's work.

Geraedts saw himself primarily as a composer. He mainly wrote works for choir, but also for symphony orchestra, songs and chamber music. The flute played an important role in his oeuvre. Especially the Sonatine for flute and piano (1953) is played a lot in the Netherlands.