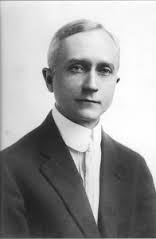 Zamecnik studied piano and violin as a youth and from 1893 to 1896 was a student at the Prague Conservatory. During part of that time he studied composition with Antonin Dvorák, who had gone to America in 1892 to become director of the National Conservatory of New York and returned to Prague in 1895. The famous composer attempted to convince Zamecnik and his other American students that instead of composing “poor imitations of European music" they should produce works which used native American folk songs, including the melodies of the Negroes and the Indians. After Zamecnik returned to America, he played violin with the Pittsburgh Symphony, including the time (1899 to 1904) that Victor Herbert was the conductor. He later returned to Cleveland and became music director of the new Hippodrome Theater. For the opening spectacle of that famous theater, Zamecnik wrote music for diving horses and a variety of other circus-style acts.

Before leaving Cleveland, Zamecnik also composed six operettas, including The Girl I Left, which was produced in Chicago at the LaSalle Opera House in 1911. He also became recognized internationally for his pioneer work in the silent-film music business. He moved to Los Angeles early in his career to get in on the ground floor of the potentially lucrative film industry. In 1913 he wrote the Sam Fox Moving Picture Music Volumes, which included pieces for the silent-film pianists, the “first practicing disk jockeys.” Compositions with suggestive titles to cover any dramatic occasion, crisis, or mood became popular as background music and also as drawing-room music. The Sam Fox Co. flourished at that time as the reigning silent-film music storehouse. With pieces like “Hurry Music,” Zamecnik’s music was widely used until the invention of the soundtrack began to attract famous composers, such as Richard Strauss, Arthur Honegger, Darius Milhaud, and Serge Prokoflev. Zamecnik became a member of ASCAP in 1924 and remained in California until his death in Los Angeles in 1953.

As a composer Zamecnik wrote for a variety of media, generally in a romantic or descriptive style. Band arrangements were made of his Neopolitan Nights by Lucien Cailliet, Indian Dawn by Harold Walters, and Southern Miniature by Merle Isaac. Among band scores are the overtures Fortuna, Olympia, Scarlet Mask and 1776. Although he wrote numerous descriptive concert works and scores for Hollywood movies, he is remembered primarily for the theme from his most popular march, World Events.