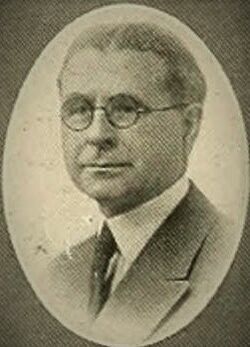 Taylor was the youngest of a family of seven, all of whom were exceptionally musical. His ambition as a child was to play in a band, and at a very early age he became the cymbal player in the Leechburg town band. Later, he learned other instruments and eventually became solo cornet player of the band.

Siebert studied music at Oberlin College and then went to Janesville, Wisconsin, where he was a voice teacher from 1895 to 1919. He was invited to East Lansing, Michigan, in 1919 to organize the music department at what was then the Michigan Agricultural College [now Michigan State University]. He acted as head of the music department and director of the band until his retirement in 1928. He then opened a studio for voice and piano in East Lansing and carried on this endeavor until his death in 1948.

Most of Taylor's works are marches, and the first ones were published in the early 1890s. He made a trip to Oskaloosa, Iowa, to visit C L Barnhouse in person. The manuscripts he presented were immediately accepted for publication with one peculiarity: the composer's name was given as "J.C. Bert Taylor." Barnhouse must have written down Taylor's name as he spoke it, with that strange result. Later publications of Taylor's marches showed only the initials "J.S."