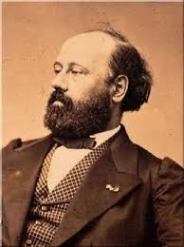 Savari performed as a clarinetist on the boat “La Belle Poule” for twenty-two years and subsequently learned to play the soprano saxophone with Adolphe Sax, the Belgian inventor of the saxophone who created a saxophone program at the Paris Conservatory in 1857.

Saari was the director of the Military Band of the 34ème de Ligne. A friend of Adolphe Sax, his works for the saxophone are among the first for this instrument. In addition to three fantasies for alto saxophone and piano, Savari wrote a series of ensembles which go from duo to octet. Most of his music is likely lost; however, many of his works for saxophone were published by Adolphe Sax between 1861 and 1862 in a collection of saxophone works that is part of the standard repertoire.

Savari’s identity has often been conflated with that of the nineteenth-century French bassoonist Jean-Paul Savary. A distinction between the two musicians was clarified in research by Serge Bertocchi in his thorough research for the article Looking for Savari published in Les Cahiers du Saxophone no. 2.