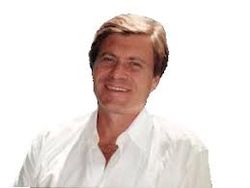 Jérôme Naulais (b. 1951, Paris, France) is a French composer, trombonist and educator.

M. Naulais studied at the Conservatoire National Supérieur de Musique de Paris, where he graduated with highest honors in music theory and in trombone. He joined the Ensemble intercontemporain in 1976, after being a soloist with the Orchestre National d'Ile-de-France and the Orchestre Colonne.

Very early on, Jérôme Naulais was drawn to composition and wrote music for chamber ensembles, wind ensembles, and symphony orchestras. His works have been performed throughout Europe, Japan and the U.S. The Ensemble intercontemporain premiered his Labyrinthe for seven brass instruments in 1984 and, in 2003, La Machine, a musical fable based on a text by Ivan Grinberg, at the Cité de la musique with the Creteil-based choir Sotto Voce.

Jérôme Naulais devotes a great deal of time to teaching. He has written various methods, etudes, and competition pieces, and he teaches trombone in several international music schools and academies.