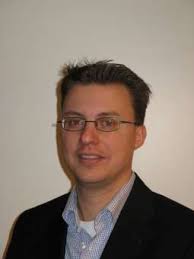 Ivo Kouwenhoven (b. 5 April 1972, Rotterdam, the Netherlands) is a Dutch composer and conductor.

Through his grandfather, Mr. Kouwenhoven became interested in band music at an early age. He took recorder lessons from his mother for two years, and the joined the harmonie wind band in Oud-Beyerland, where he learned to play cornet. After passing two wind band examinations, Kouwenhoven studied at the High School for Ballet and Music in Rotterdam, and then earned a degree at the Rotterdam Conservatory, majoring in French horn, in 1996.

After his studies, Mr. Kouwenhoven specialized in conducting and composing for youth orchestras. Currently he teaches and is director of several wind bands.

As a composer he is self taught. With his compositions he has made many youth musicians enthusiastic about wind music.