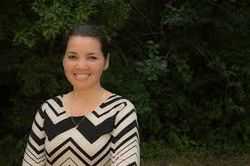 Ivette Herryman Rodríguez (b. 1982, Island of Youth, Cuba) is a Cuban-born American composer.

Herryman has written music for solo instruments, chamber groups, large ensembles, electronic media, children, church music, film music, and musical theater. She composes concert music that is informed by her Cuban heritage. Her compositions have been performed in important concert halls across Cuba, Mexico, El Salvador, Bolivia, United States, Spain, the Netherlands, and Japan. Her piece, Sigue, for women’s choir was published by Walton music in 20015 and became a best seller in the year of its publication, selling over 5000 copies.

She is the recipient of the 2015-16 prestigious Brandon Fradd Fellowship in Music Composition given by the CINTAS Foundation. Herryman has been Artist in Residence in Mexico and El Salvador.

She remains active, composing for soloists, choirs, and chamber ensembles that commission her with frequency. Her professional activity also includes her work as a pianist and teacher of piano, composition, and music theory. Herryman has taught at the Higher Institute of Arts, in Havana, the Opera of El Salvador, Baylor University, and Michigan State University, in the United States. She held a lecturer position at the University of Illinois at Urbana-Champaign, where she taufght music theory and ear training. Currently (2022), she is assistant professor of theory and composition at the Crane School of Music at SUNY Potsdam, N.Y.

She is a member of the National Union of Writers and Artists of Cuba (UNEAC), the Cuban Association of Authors’ Rights (ACDAM), and the American Society of Composers, Authors & Publishers (ASCAP).