It perched for Vespers nine 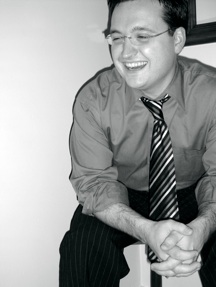 My wife’s grandfather was an extraordinary man. He was an immigrant who walked around quoting poetry and whistling tunes from his childhood in Scotland. Like a character from a movie, he always seemed to pull just the right verse for the occasion.

In the spring of 2007, he fell into a coma following a severe stroke. After weeks of being in this state, he woke and said:

In mist or cloud…


…On mast or shroud
It Perched for Vespers nine.
Whiles all the night…
…Through fog-smoke white

These were the final words of a man who always chose the right words. Within the hour he was gone.

Not recognizing the verse, I immediately ran to Google to decipher what message the old man could have been delivering.

The verse is from the famous poem of condemnation and redemption,The Rime of the Ancient Mariner by Samuel Taylor Coleridge. The poem is the story of a mariner condemned to travel the earth telling his tale of hubris and punishment in search of redemption. The mariner shot an albatross for no other reason than he felt like it and then suffered the wrath of both death and living-death for his gall.

The verse my wife’s grandfather quoted is the verse immediately before the one containing the ill-fated murder of the albatross: as they say, the calm before the coming storm.

My work entitled It perched for Vespers nine on a surface level engages the imagery from the verse itself. But at the emotional core of the work is my trying to work out what my wife’s Pop Pop might have been trying to tell us about what awaits us “in mist or cloud.”

The Rime of the Ancient Mariner is the longest major poem by the English poet Samuel Taylor Coleridge, written in 1797–98 and published in 1798 in the first edition of Lyrical Ballads. Along with other poems in Lyrical Ballads, it is often considered a signal shift to modern poetry and the beginning of British Romantic literature.

The Rime of the Ancient Mariner recounts the experiences of a sailor who has returned from a long sea voyage. The mariner stops a man who is on his way to a wedding ceremony and begins to narrate a story. The wedding-guest's reaction turns from bemusement to impatience to fear to fascination as the mariner's story progresses, as can be seen in the language style: Coleridge uses narrative techniques such as personification and repetition to create a sense of danger, the supernatural, or serenity, depending on the mood in different parts of the poem.