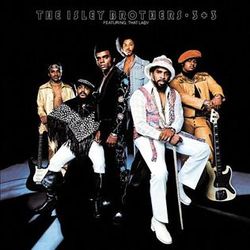 The Isley Brothers are an American musical group originally from Cincinnati, Ohio, that started as a vocal trio consisting of brothers O'Kelly Isley Jr., Rudolph Isley and Ronald Isley in the 1950s.

With a career spanning over seven decades, the group has been cited as having enjoyed one of the "longest, most influential, and most diverse careers in the pantheon of popular music".