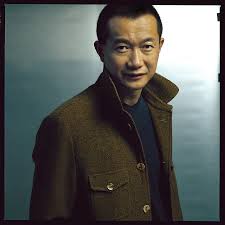 In 2008, Google and YouTube commissioned Academy Award winner (Crouching Tiger, Hidden Dragon) and UNESCO Goodwill Ambassador Tan Dun to compose a new work -- Internet Symphony “Eroica” -- as part of the inaugural YouTube Symphony Orchestra project. Musicians from around the world were invited to audition by submitting videos of their interpretations of the Internet Symphony to be judged by members of leading international orchestras. There were more than 3,000 auditions from more than 70 countries. The project culminated in a performance at Carnegie Hall on April 15, 2009, that was webcast and is still available on YouTube. More than 22 million people from 200 countries on six continents have experienced Tan Dun's feeling of a global music community which is encapsulated in his Internet Symphony “Eroica”.

In the words of Tan Dun:

The Internet is an invisible Silk Road, joining different cultures from around the world. East or West, North or South, and this project has created a classical music phenomenon, bringing together musical heroes from all corners of the globe.

When I was conceiving this work, it was during the China Olympics. On the streets of New York, London, Beijing, Shanghai, I heard the noise of people cheering and moving around beautifully. I was passing by an automotive garage and I found three brake drums from different automobiles -- these car parts -- and it was a beautiful sound ... and I realized this is the spirit of the young. This is the spirit of today.