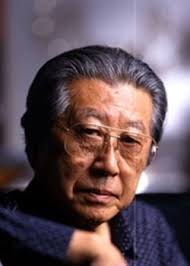 Born into a prestigious family, Dan received his diploma in composition from the National Conservatory of Music in Tokyo [now the Tokyo University of Arts] in 1945. His composition teachers were Kanichi Shimohusa and Saburo Moroi.

Dan composed several operas, music for films and drama, and orchestral pieces, as well as works for concert band. He wrote celebratory music for the Japanese imperial family, actively promoted cultural exchange with China He is the recipient of such prestigious awards as the Mainichi Ongakusho (composition award by the Mainichi newspaper), the Yosaku Yamada Memorial Composition Award, the Iniwa Opera Award, and the 1966 Nippon Geijyutsuinshio (Academy of Fine Arts Award). His best known work is the opera, Yuzuru. He was president of Dan Music Enterprises and a member of the Academy of Fine Arts from 1973 until his death.