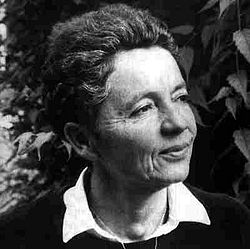 Her father was violinist Jacques Gotkovsky of the renowned Loewenguth Quartet, and her mother also played the violin. Both her brother Ivar (piano) and her sister Nell (violin) became accomplished musicians, and Ida began composing at the age of eight. She entered the National Conservatory of Music in Paris and studied counterpoint under Nöel Gallon, harmony and analysis under Olivier Messiaen, and composition under Tony Aubin and Nadia Boulanger. Showing promise as a young, gifted composer, she entered compositions in numerous contests and won many awards of distinction including the Prix Blumenthal (1958), the Prix Pasdeloup (1959), the Prix de Composition International de Divonne les Bains (1961), the Medaille de la Ville de Paris (1963), the Prix Lily Boulanger (1967), and many others.

Through Messiaen’s tutelage, Gotkovsky showed a pronounced interest in his techniques of composition through mode usage and additive meter. Featuring lyric melodic ideas, her compositions range from pensive and introspective to brilliant and virtuosic. She boasts a varied catalogue of works that include chamber works; symphonic works; soloist with piano as well as large ensemble accompaniment; and even an opera. Nadia Boulanger was also influential to Gotkovsky’s style.