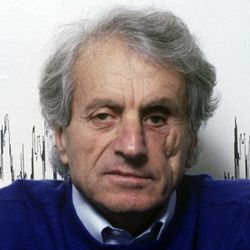 Xenakis is commonly recognized as one of the most important post-war avant-garde composers. He pioneered the use of mathematical models in music such as applications of set theory, stochastic processes and game theory, and was also an important influence on the development of electronic music.

Among his most important works are Metastaseis (1953–4) for orchestra, which introduced independent parts for every musician of the orchestra; percussion works such as Psappha (1975) and Pléïades (1979); compositions that introduced spatialization by dispersing musicians among the audience, such as Terretektorh (1966); electronic works created using Xenakis's UPIC system; and the massive multimedia performances Xenakis called polytopes.

Among the numerous theoretical writings he authored, the book Formalized Music: Thought and Mathematics in Composition (1971) is regarded as one of his most important. As an architect, Xenakis is primarily known for his early work under Le Corbusier: the Sainte Marie de La Tourette, on which the two architects collaborated, and the Philips Pavilion at Expo 58, which Xenakis designed alone.