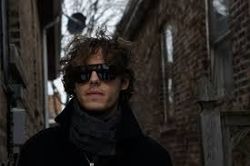 Ian A. Frederick Obregón (b. 1987, Bogotá, Colombia) is an Colombian composer.

Ian A. Frederick won the 2014 National Prize of Music in Composition by the Ministry of Culture of Colombia, Joliet Symphony Orchestra Composition Competition (2nd Prize – 2015), and the Festival Internacional UniMúsica Composition Competition in Colombia (1st Prize – 2013). His three orchestral works have been performed by the National Symphony Orchestra of Colombia after having been selected in nationwide competitions. He has worked with director Alyn Darnay writing the music to his films Immunity, the comedy Krissy Belle, and the comedy pilot Bummed Out. He also wrote music for the short thriller Horsemen by director Matteo Borgomanero and in Colombia with Fernando Dueñas on the short animation Complex Water (We Are Water Film Festival competition finalist).