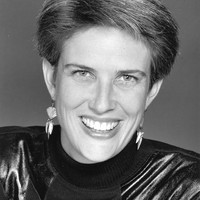 Hysteria is a very powerful work that describes the turmoil in Salem, Mass., during the late 17th century witch trials.

The Salem witch trials were a series of hearings and prosecutions of people accused of witchcraft in colonial Massachusetts between February 1692 and May 1693. More than two hundred people were accused. Thirty were found guilty, nineteen of whom were executed by hanging (fourteen women and five men). One other man, Giles Corey, was pressed to death for refusing to plead, and at least five people died in jail.