Hymn to the Heartland 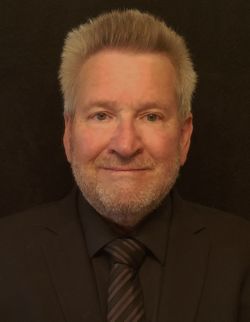 Hymn to the Heartland is a distinctive original work that is a true representation of the American voice. The pastoral effect of the 3/4 melody is evocative of rural folk music and is passed around through various sections, exploiting the wide range of colors available within the wind band. While percussion is sparse, it's utilized effectively in adding extra sparkle in carefully selected passages throughout the piece.

Aaron Copland toiled during the first part of the 20th century to define a distinctive American voice within the world of orchestral art music. Copland’s combination of sparse orchestration combined with polytonal effects resulted in a uniquely American sound that went on to influence many who followed in his footsteps (most notably Leonard Bernstein).

Because of their pastoral effect, some of Copland’s textures have been appropriated for this composition, Hymn to the Heartland. The 3/4 melody is evocative of rural folk music, and much of the harmonic language is consistent with American hymnody of the late 19th and early 20th century. The form is an adjusted AABA scheme. The melody is passed around from phrase to phrase through the sections in continually varying combinations in order to exploit the wide range of colors available within the wind band. Percussion is used sparsely, but adds extra sparkle in selected spots.