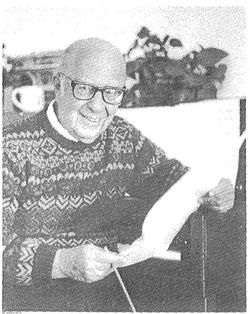 Stuart received his music training from Oberlin Conservatory of Music, Columbia Teachers College, Rutgers University, Newark State College, and the University of Michigan. He taught instrumental music in the schools of Maryland and New Jersey for 33 years. During this time he conducted several brass bands and ensembles. He also taught at various clinics and workshops for winds. Stuart wrote more than 100 published compositions, arrangements, method books, band and orchestral collections, solos, and ensembles in the educational field. He appeared as a clinician in forty-five states. He lived in Albuquerque, N.M. until his death on Jan. 31, 2006 at the age of 89.