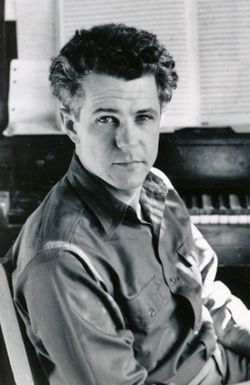 Hugh Aitken was born on September 7, 1924, in New York City. He graduated from the Juilliard School of Music in 1949 and then taught music literature and theory there from 1950-1970. He has received several commissions from the National Endowment for the Arts, the Library of Congress, the Naumberg Foundation, and others. Most of his works are for orchestra or chorus.

Aitken grew up in the Bronx and attended Evander Child High School. There were artists of all kinds in his family; his father was a musician, playing the violin and also composing, his mother danced in vaudeville in her youth, one cousin was a radio, stage, and television actress (Joan Swenson) and another danced in the Balanchine company. He studied chemistry for two years at New York University, but quit to join the Army. He served as a navigator in the Air Force in the Second World War.

Aitken realized during the war that composing was his true vocation, so he used the GI Bill to enroll at Juilliard from 1946 to 1950. He studied composition under Bernard Wagenaar, Vincent Persichetti, and Robert Ward, receiving a MS degree in 1950.

Aitken taught at Juilliard from 1960 until 1970, and was then appointed professor of music at William Paterson College in New Jersey.

He received commissions from the National Endowment for the Humanities, the Elizabeth Sprague Coolidge Foundation, the Naumburg Foundation, the Juilliard School, the Concord String Quartet, Yoyo Ma/Emmanuel Ax, and the dancer José Limón.