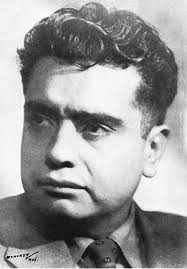 The huapango is a lively Mexican dance of Spanish origin that is especially popular in the lands along the Gulf of Mexico. Performed by singers and instrumental ensembles ranging from a duo of guitars to a full mariachi band, it is characterized by a complex rhythmic structure mixing duple and triple meters which reflect the intricate steps of the dance. The huapango is danced by men and women as couples: the men sing, the women do not. Nicolas Slonimsky explained that the word huapango "is derived either from a native vocable meaning ‘on a wooden stand’ (the huapango is danced on a platform), or it may be a contraction of Huaxtecas de Pango. Huaxtecas means a tropical valley, and Pango is the ancient name of the river Panuco."

Moncayo’s Huapango of 1941, his first important work for orchestra, is based on three authentic folk dances: Siqui Siri, Balajú and El Gavilán. The piece is arranged in three sections, with fiery music at beginning and end recalling the manner of huapango singing in coplas (i.e., the song is shouted alternately between two men singers, here transmuted by Moncayo into a trombone—trumpet dialogue) surrounding a slower central portion based on a lyrical melody. Huapango is a brilliant study in orchestral sonority and vibrant dance rhythms about which the French composer Darius Milhaud once told José Antonio Alcaraz, "When in the grey light of a Parisian winter, I want there to be sun in my flat, I listen to a record of Huapango."