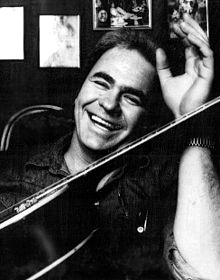 His mother was Mae Brown Axton, a talented song writer, who wrote the hit Heartbreak Hotel for Elvis Presley. Axton's father, John T. Axton, was a Naval officer stationed in Jacksonville, Florida; the family joined him there in 1949. Axton graduated from Robert E. Lee High School in 1956 and left town after Knauer's Hardware burned down on graduation night, a prank gone wrong. Axton attended Oklahoma State for a short length of time before following his father and enlisting in the Navy. Axton served aboard the USS Ranger before pursuing a music career.

After his discharge from the Navy on the West Coast, he began singing folk songs in San Francisco nightclubs. In the early 1960s he released his first folk album titled The Balladeer (recorded at the Troubadour), which included his song Greenback Dollar, a 1963 hit for The Kingston Trio. Axton released numerous albums well into the 1980s.

During the 1960s he expanded his repertoire to include blues and country styles and established himself as a talented songwriter. In spite of a drug addiction, he recorded extensively. His commercial success came through the songs that he composed. His songs Joy to the World and The No No Song were major hits in the 1970s.

Finally free of his addiction, Axton played major parts in films, including The Black Stallion and Gremlins. He founded his own record company, Jeremiah. Although not nearly as prolific a song writer as his mother, his Joy to the World became a gold record winner for the rock group Three Dog Night.