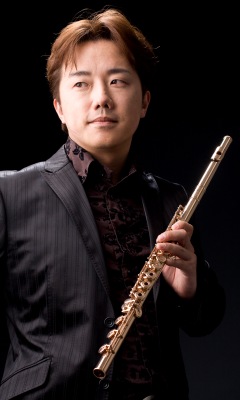 Hiroshi Arakawa is a Japanese flutist and composer.

Me. Arakawa studied at the Kunitachi College of Music, after which he entered the Paris Conservatory on the recommendation of A. Marion and I. Ribera. After graduation with premier prix from the school, he won a prize at the Japan Wind and Percussion Competition in '97. His performance of the Sonatine by Pierre Boulez met with high praise from the composer himself.