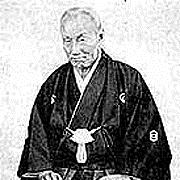 Hayashi held several positions in the royal court starting in his youth. He moved to Tokyo after the Meiji Restoration and in 1875 helped carry out 1875 orders to fuse Western musical theory with Japanese theory. The final version of the anthem was first played for Emperor Meiji for his birthday, on 3 November 1880.