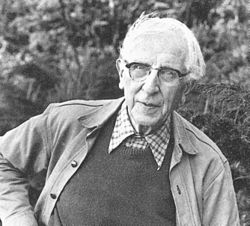 Rosenberg graduated as an organist in Kalmar, 1909. He then worked as a concert pianist and music teacher and, for a short while, as church musician in Vemmenhög until a donation made it possible for him in 1914 to continue his studies in Stockholm, where he was taught the piano by Richard Andersson in 1918 and composition and counterpoint by Ernst Ellberg 1915-1917 at the Stockholm Conservatory. He also studied conducting. In addition, he studied counterpoint with Wilhelm Stenhammar, who had conceived an interest in his music, which he actually performed.

Rosenberg went on an educational tour of Berlin, Dresden, Vienna and Paris on a fellowship in 1920. He was an active member of the Swedish section of the ISCM during the 1920s. He continued his studies of conducting, e.g., with Hermann Scherchen. He was Director of Music at the Royal Opera, 1932-1934. After this he worked mainly as a composer and teacher. He trained two generations of Swedish composers, including Blomdahl, Bäck, Lidholm, Johanson, Hermanson and Börtz. He became a Member of the Royal Academy of Music in 1940, Litt. et art. 1951, Hon. Ph.D. of Uppsala University 1957, Promotion of Music Medal 1962.

For many years, Rosenberg was the grand old man of Swedish music. During a long life and a very long period of creativity, he was able to enrich the country's musical treasury with an extensive output of all kinds. There are lingering traces of national romanticism in his early works, but he will always be referred to with veneration as Sweden's first great modernist.

His turning point came in the early 1920s, and his first sonata for solo violin is one of the works in which he evolved a musical language of his own. Peterson-Berger’s review of the première performance of the first string quartet in 1920 stands as a frequently quoted, frantic outburst against the new ideas.

But it was the string quartet which Rosenberg was to invest with his innermost thoughts. His twelve quartets (and a number of other works for string quartet) form the backbone of his output. Nos. 7-12 were written during a short, inspired period in 1956-1957. His eight symphonies (1917-1980), similarly, are distinguished by immense variety and spiritual stature. His piano music, solo songs, choral works, organ music, solo concertos, operas and ballets are jewels in the crown of Swedish music.