Highlights from "Guys and Dolls" 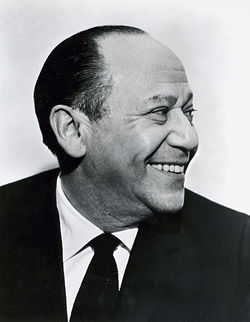 After forty years, one of Broadway's legendary shows has returned and is bigger than ever. Featuring the songs of Frank Loesser that made the show a classic, this medley is designed for maximum entertainment. Includes: If I Were a Bell, Luck Be a Lady, Sit Down You're Rockin' the Boat, I've Never Been in Love Before, A Bushel and a Peck, and Guys and Dolls.

Guys and Dolls is a musical with music and lyrics by Frank Loesser and book by Jo Swerling and Abe Burrows. It is based on two short stories by Damon Runyon. These stories, written in the 1920s and 1930s, concerned gangsters, gamblers, and other characters of the New York underworld.

The premiere on Broadway was in 1950. It ran for 1200 performances and won the Tony Award for Best Musical. Guys and Dolls was selected as the winner of the 1951 Pulitzer Prize for Drama. However, because of writer Abe Burrows' troubles with the House Un-American Activities Committee (HUAC), the Trustees of Columbia University vetoed the selection, and no Pulitzer for Drama was awarded that year.