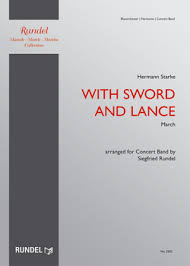 Starke was a military bandmaster of the chapel of the Infantry Regiment Nr. 168 and composed around 800 works for wind band. He became very famous when he won the march composition competition of the British music publisher Boosey & Son. Most of his works were published for the First World War, and are now forgotten.