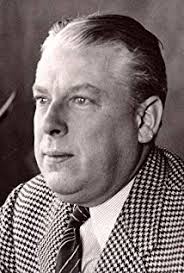 After attending local public schools, he was sent to study violin in Germany at age 9. Returning to the United States he served in the military during World War I, and he entertained camps and hospitals during World War II. He never wrote a whole Broadway score, but he became known as a composer who could write a song to fit a specific scene within a Broadway show.

He sang his own songs in several of Florenz Ziegfield's revues and also wrote songs for other musical shows. He became known as a singer and pianist through his appearances in nightclubs and hotels around the world. During World War II, he entertained troops in camps and hospitals.

His best-known songs include As Time Goes By, Sing Something Simple, Let's Put Out The Lights (And Go To Sleep), and When Yuba Plays The Rhumba On The Tuba.