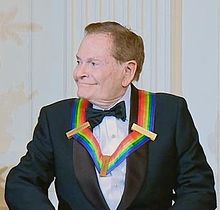 Hello, Dolly! is a musical with lyrics and music by Jerry Herman and a book by Michael Stewart, based on Thornton Wilder's 1938 farce The Merchant of Yonkers, which Wilder revised and retitled The Matchmaker in 1955.

Hello, Dolly! was first produced on Broadway by David Merrick in 1964, winning a record 10 Tony Awards, including Best Musical, a record held for 35 years. The show became one of the most iconic Broadway shows of its era, the latter half of the 1960s, running for 2,844 performances, and was for a time the longest-running musical in Broadway history.

This medley includes Just leave everything to me, Before the parade passes by, It only takes a moment, So long, dearie, and Hello, Dolly!