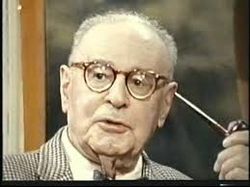 Willan was born in England and began musical training at age eight, with studies at St. Saviour's Choir School in Eastbourne. He continued at St. Saviour's until 1895, when he began working as organist and choirmaster at several London-area churches. He earned, by examination in organ playing, harmony, counterpoint, history and orchestration, the Royal College of Organists' Associateship in 1897 and Fellowship in 1899. From 1903 to 1913, he was organist and choirmaster of St. John the Baptist Church on Holland Road in London. The Anglo-Catholic Tractarian movement had led to an Anglican revival of plainsong, and in 1910 Willan joined the London Gregorian Association (which strove to preserve and revive "plain-chant"). In 1913, at the age of 32, Willan emigrated to Canada.

Willan became organist-choirmaster of Toronto's largest church, St. Paul's, Bloor Street. In 1914 Willan was appointed lecturer and examiner in music at the University of Toronto. But it was his royalties as a church music composer which allowed him to leave "low church" St. Paul's in 1921 and to become Precentor of the Church of St. Mary Magdalene (Toronto). He remained there until his death. St. Mary Magdalene, under Willan, became a North American mecca for choral and Anglican church musicians. In 1934 he founded the Tudor Singers, which he conducted until it disbanded in 1939.

Willan composed more than 800 works including operas, symphonies, chamber music, a concerto, and pieces for band, orchestra, organ, and piano. He is best known for his religious music.

When the Order of Canada was established in 1967, it named Willan a Companion. In Britain, it was customary for the Archbishop of Canterbury to occasionally grant very distinguished English cathedral musicians the Lambeth Doctorate, Mus. D Cantuar; in 1956 Willan, "the Dean of Canadian composers", became the first non-English church musician to be so honoured; subsequently, many Canadian universities followed suit. Willan was one of the first Canadian musicians to appear on a Canadian postage stamp.