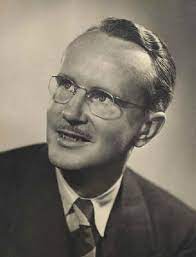 Ades was the son of two professional musicians, choral director Lucius Ades, and concert pianist and teacher Mary Findley Ades. He was a graduate of Rutgers University and took advanced training at Columbis Teachers College. He also studied privately with Tertius Noble and Tibor Serly.

Mr. Ades was hired as a staff arranger for Irving Berlin's publishing company, where from 1932 to 1936 he made hundreds of stock arrangements for the leading dance bands of the day, including special arrangements for Raymond Scott and Paul Whiteman.

In 1937, he was hired as a choral arranger for Fred Waring's very popular group, The Pennsylvanians, and was a mainstay for the next 38 years. He became one of the most prolific choral arrangers of the 20th century.Fred Waring often introduced Ades on concert tours by saying that "more people play and sing his arrangements than those of any other arranger in history.” His arrangements are still very popular throughout the USA, especially with high school and community choirs.

In 1966, Ades authored the textbook Choral Arranging, a standard in the field. He retired from the Waring organization in 1975, but continued to write and analyze music almost to his death.

Although best known for his work as a choral arranger for Fred Waring, Ades has produced several noteworthy arrangements and compositions for band.