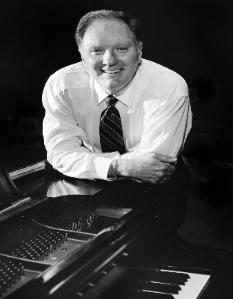 Harry Bulow (b. 19 February, 1951 in Des Moines, Iowa) grew up in Iowa, Minnesota and California. In his formative years he studied organ, saxophone, clarinet and flute. His principal teachers of musical composition and orchestration include Aaron Copland, Peter Mennin, Henri Lazarof, Roy Travis, David Ward-Steinman and Henry Mancini. His works have received numerous prizes including 1st Prize at the International Composers Competition in Trieste, Italy, the “Oscar Espla” Prize from the city of Alicante, Spain, and NEA Composer Fellowship and 25 consecutive awards from the American Society of Composers, Authors and Publishers. He received his B.A. with distinction in music from San Diego State University (1975), M.A. and Ph.D. from UCLA (1978, 1983).

His works have been performed by the San Antonio Symphony, Omaha Symphony, Honolulu Symphony, the Eastman Wind Ensemble, New England Conservatory of Music Wind Ensemble, Moscow National Symphonic Band and the Pittsburgh New Music Ensemble. Bulow's musical style reveals influences from Witold Lutoslawski, Karel Husa, Peter Mennin and Henry Mancini. Musically eclectic, his music often includes aspects of sound-mass composition, minimalism, and American jazz. One of the key elements of his musical idiom is the integration of jazz and commercial music with more classical and avant-garde oriented designs. The contemporary problems of fragmentation and brokenness found throughout society are qualities that the composer has integrated into his music. He was the first to combine the use of traditional Japanese instruments with the Western wind ensemble. And he developed two new forms of music, Micro Music and Fracto-Music. Micro-Music is the creation of concise musical art pieces of short duration. Some works may be as short as 5 seconds(Ex.: "The Pitch" for Band, Announcer, P.A. System and Data Projector). Fracto music is a form of music where a melody or other musical parameters such as harmony, rhythm, or timbre, may be broken into small fragmented units and recombined with itself or other musical structures within a work; a form of musical deconstructionism (Ex.: "Boulevard Blues" for Two Pianos).He has appeared as a saxophone soloist with numerous bands and orchestras throughout the United States including the Honolulu, Santa Barbara, and the San Diego symphony orchestras. He is Professor of Music and Chair of the Department of Music, Theatre and Dance at Lamar University in Beaumont, TX.