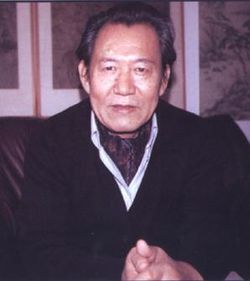 Subtitle: For 16 Winds, Harp and Percussion

The title is based on the ancient sense of the word harmony, as an ordered arrangement or agreement, whereby the differences or opposites of the parts of a whole are brought into harmony by a superordinate regularity. In ancient music, theory harmony means concretely the correct pitch in a fixed-pitch order and symbolically the correspondence with the universe to which the relations through the mathematical musical (number) orders of the so-called, “harmony of the spheres”.

With the title, Yun also alludes to the tradition of Harmoniemusik and its many wind serenades.

Harmonia is dedicated to its conductor and Yun’s friend, Rolf Agop.