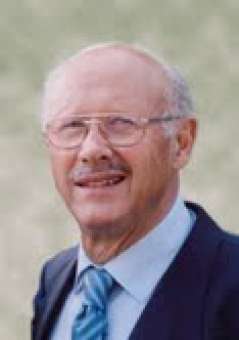 In 1945, Mr. Evers was obliged to enter military service, and he was assigned to the Dutch East Indies. For six months in that outpost, he was a flutist with the drum band of the December 7 Division. This band was situated in Bandoeng and there he began the study of violin with a Russian teacher.

In 1949, he returned to the Netherlands and in November 1950, he was a clarinetist and violinist with the staff band of the 1st Infantry Regiment (later the Johan Willem Friso Band) in Assen. From 1950 to 1954, he received clarinet lessons from the solo clarinetist and later bandmaster of the Harry Bouguenon Band. He also studied violin for six years. Harm Evers played clarinet for 30 years in the band, stopping only in November 1980 when he reached the mandatory retirement age.

He also was a clarinet and saxophone teacher at a number of music schools for some 30 years. In 1965, Evers took studies in music theory with Piet van Mever and he then began composing and arranging. His first composition was the march Ameland, written in 1972. He composed some 350 works for wind band and some 130 pieces for drum fanfare band.

Harm Evers died in a traffic accident at the age of 87.