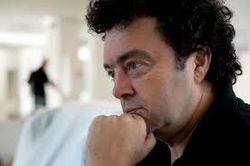 In 1978, he was a clarinet soloist with the then Limburg Symphony Orchestra, and in that same year he played saxophone with the Benelux Youth Orchestra for the Gemma Foundation, a foundation for the promotion of musical development for young musicians from the Benelux countries. He toured with them through giving concerts through the United States and Canada. From 1978-1984, Mertens studied musicology at the Rijk University, and he took further band directing and composition studies at the Utrecht Conservatory (1980-1984).

In 1982, compositions by Hardy Mertens were performed under the direction of Jan Cober in the Composers Central Concerts, by the EMM Band in Wessen and Concordia at Treebeek.

In 1982 Mertens was director of the Limburg Regional Band, Harmonia Nova in Sittard, and in 1984-1985 he was a clarinetist and arranger for the Royal Military Band.

In 1985, Mertens was awarded the silver medal from the Federation for European Music and Folklore Societies. In 1986, he was director for the county ad hoc band for the Custer Foundation and from 1985-1990 of the Concordia Band in Treebeek. He also served as music critic for the Limburg newspaper from 1992-1993.

Mertens was also active as a guest conductor and teacher, and since 1997 has taught band conducting at the Tilburg Conservatory.

He also arranges light music and folk music, and as a composer, has received a number of commissions.