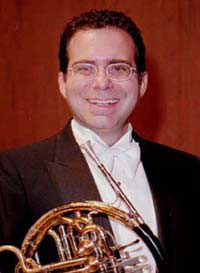 Harambee (pronounced hah-RAHM-bay) for five horns was written for Charles Snead and the University of Alabama Horn Choir. Harambee is the Kiswahili word meaning “all pull together” or “collective effort.” In Kenya, it has been the national motto since the 1963 independence from British colonialists; along with jamhuri (independence) and uhuru (freedom), harambee has taken on an almost religious aspect and usually conjures up images of charitable sacrifice in the guise of physical or monetary assistance.

The work is based on the African musical form known as call and response — in this case, two solo horns function as the leaders while the other three respond. While no “folk” material has been used, the piece is nonetheless filled with images and sounds of Kenyan melody and rhythm.