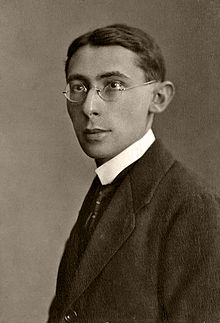 Gál studied music and composition in Vienna, where he earned his Ph.D. degree in 1913. In 1915 Gál was the first recipient of the new Austrian State Prize for Composition for his first symphony, though he later discarded this work and its successors, as well as a large number of works composed up to that time.

During World War I he served in Serbia, the Carpathians and Italy. He returned from the war with a completed opera, Der Arzt der Sobeide, which was performed in Warsaw in 1919.

From 1918-1928, he was a music instructor and lecturer at the University in Vienna. He became director of the Musikhochschule in Mainz in 1928. He returned to Vienna in 1933 but moved to Edinburgh, Scotland, in 1938, and was active as a university professor and was founder and director of the Edinburgh Chamber Orchestra. Together with Eusebius Mandyczewski he published the collected works of Brahms.

Hans Gál’s output is considerable: over 150 published works in virtually all genres, including four operas, four symphonies, four string quartets, cantatas, chamber music and vocal works of various kinds. His style is rooted in the Austro-German musical tradition, but from the early 1920s he had developed his own musical language, to which he remained true throughout his long career. He never followed prevailing fashions, nor abandoned his belief in the importance of tonality. In the decades after World War II, when avant-garde music was especially in vogue, his works were regarded as old-fashioned and were neglected, but the beginning of the 21st century has seen a revival of interest, with the issue of a number of all-Gál recordings, including the complete works for solo piano, the complete string quartets, the violin concerto and concertino, violin sonatas, works for organ, solo cello, and mandolin, and a number of mixed recordings with the four symphonies and the cello concerto.

In addition to his compositions, Gál was the author of a number of books.