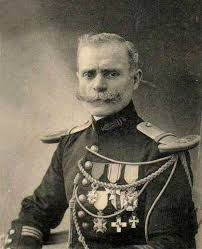 Balay studied composition with Paul Vidal and Vincent d’Indy.In 1899, he enlisted in the band of the 19th Infantry Regiment in Brest. In 1894, he won a first prize at the Paris Conservatory in cornet and was appointed assistant bandmaster.

As a result of a competitive examination, Balay was appointed leader of the famous Garde Républicaine Band in 1911. The band was expanded to 77 musicians under his direction, and its fame increased throughout the world. Balay retired from the band on April 30, 1927. He then conducted an amateur band, the Fanfare Champenoise, for the next 10 years.

Balay composed concertos, band music, and also wrote a method book for trumpet. Like his predecessors, Balay enriched the French band repertoire with original compositions and transcriptions. Most of his original works are descriptive of some country that he visited. His symphonic suite Echoes of Spain and Au Pays Lorrain are excellent examples of Balay's gift for writing beautiful melodies and harmonies.