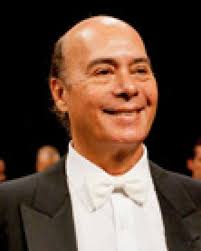 He began his musical studies at the Amadeo Roldan Conservatory in Havana, graduating from choral conducting with maestro Manuel Ochoa in 1966. He conducted Orchestral Conducting studies with maestro Daniil Tiulin, of orchestration, counterpoint, piano and musical analysis with José teachers Ardévol, Leo Brouwer, Esther Ferrer, Harold Gramatges and Edgardo Martín. He subsequently obtained a scholarship to study at the Tchaikovsky Conservatory in Moscow with Professor Leo Guinsburg, graduating from Orchestral Conduction in 1973.

López-Gavilán has received awards in the most important composition competitions held in Cuba, and as a conductor has achieved extraordinary success and received recognition from international critics for outstanding performances in Latin America and Europe. He has also been invited as a guest speaker to many important festivals and musical events at various prestigious universities. In 2005 he was awarded the UNESCO Medal in Chile. His piece Conga, especially written for the Sixth World Symposium of Choral Music, Minneapolis, Minn., was premiered at the Symposium’s opening concert. He has also made an outstanding contribution to the development of the Cuban Youth Orchestra Movement, is the President of the Havana Festival and Chairman of the Orchestral Conducting Department at the Instituto Superior de Arte.

Guido López-Gavilán's style of composition incorporates rhythms from Cuban popular music, polytonality, unconventional sound resources and fine lyricism. His music ranges from humorous and joyful compositions to solemn and dramatic works. He is one of the most popular musicians of his generation, not only among musicians but with the rest of the Cuban people who know his melodies such as A memory, the Cumbanchero Variations or Camerata in Guaguancó.

He is a founding member of the Colegio de Compositores Latinoamericanos de Música de Arte.