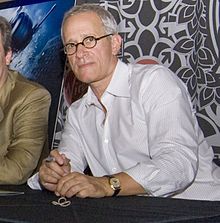 James Newton Howard -- composer, songwriter, producer, pianist, and conductor -- has written more than 120 film scores, television show themes, and toured with Elton John and other pop groups throughout his career. Classically trained as a pianist, he is known for his blending of popular and classical music. In Grand Canyon Fanfare, Howard uses a chorus and brass-heavy writing to accompany spectacular visuals of one of our greatest national treasures, the Grand Canyon.

In honor/recognition of the upcoming centennial of the founding of the National Parks Service, we perform Grand Canyon Fanfare from the 1991 movie, Grand Canyon. Founded by President Woodrow Wilson, the NPS maintains more than 400 public parks across the United States and its territories, provides recreation and enjoyment for Americans, and strives to leave these natural spaces intact for future generations.