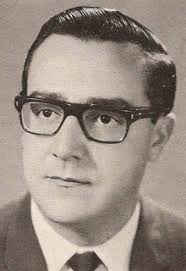 Castellanos received his first music lessons at age six from his father, Pablo Castellanos Almenar, and began in the School of Music Jose Angel Lamas in 1940, where his composition teacher was Vicente Emilio Sojo. In 1947 he was awarded the title of Master Suite Composer for his Caraquena. In 1952 he was awarded the National Chamber Music Prize for his Chromatic Fantasia for Organ and two years later, the Vicente Emilio Sojo Award for "Advance and fleeting imitation".

From 1959 to 1963 he lived in Europe, where he studied conducting with Sergiu Celibidache, instrumentation with Wesner Pierre and Jean Yves Daniel-Lesur, and attended classes of Olivier Messiaen analysis. On his return to Venezuela he was deputy director of the Coral Venezuela, Director of the School of Music "Juan Manuel Olivares", founder and director of the choir of the Andres Bello Catholic University and the director of the Venezuela Symphony Orchestra (1966-1978). In 1964 he founded the Collegium Musicum of Caracas. In 1990 he received the highest award for Venezuelan musicians, the National Music Prize.

Castellanos was Venezuela's most honored composer and conductor, both national and international. He had written choral, vocal, piano, organ, band, orchestra and chamber music, including a violin concert, a viola concert and a fantasy for piano and orchestra.

Castellanos had also developed a prominent educational work and was a renowned organist.