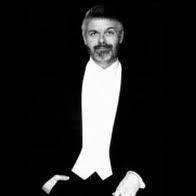 Originally composed for full orchestra and chorus, "Gloria" is a splendid transcription of one of the most critically acclaimed works written for the holiday season. The setting contains multi-metric, dance-like rhythmic sections contrasted with passages of singing, romantic lyricism.

This work was originally composed for full orchestra and chorus and included the entire Catholic liturgical text from the Gloria portion of the Ordinary of the Mass. The piece was premiered by the New York Pops Orchestra and the University Christian Church Chancel Choir of Fort Worth, TX, during December of 1990, under the capable baton of Skitch Henderson.

The setting contains multi-metric dance-like rhythmic sections contrasted with many passages of singing, romantic lyricism. While tonally triadic in concept and design, it contains many chromatic key shifts and extensive contrapunctal figures coupled with mild dissonance and angular rhythms. The piece falls generally into a three-part "arch" form, although there are intimation of the rondo structure as well – as the compositional material is succinct, repetitive and develops throughout in various ways.