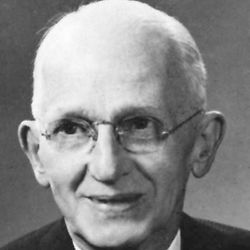 Bainum began his study of music at age ten playing trombone and alto horn. He attended the University of Illinois, studying English and engineering, and played bass drum in the band under A.A. Harding. After teaching high school for a year, he became director of music at Southern Illinois Normal University (1914–22). Bainum worked toward completing a B.A. in music while serving as Harding’s first assistant director (1922–4), then became director of music for the Grand Rapids (MI) public schools (1924–6). In 1926 he was appointed director of bands at Northwestern University, a position he held until his retirement in 1953. From 1942–5, Bainum was Chief of the United States Army Overseas Music Branch of Special Services, responsible for music in the European theater.

In 1953, after 27 years at Northwestern, Bainum retired from the University. Far from having an idle retirement, he soon found himself busy as a guest conductor. From the summer music camp at Interlochen, Michigan, to the New Jersey all-state band, Bainum taught and conducted groups, ranging from grade school to professional in age and abilities, in all 50 states. He also continued to arrange and transcribe music for bands.