Gleams from the Bosom of Darkness 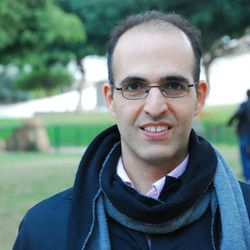 Commissioned by the MIT Chorus and Wind Ensemble and 19 U.S.- based universities. Gleams from the Bosom of Darkness was commissioned by “The Frank L. Battisti 70th Birthday Commission Project”, and is fondly dedicated to Frank Battisti with high appreciation of his life achievements. The work is based on texts of Henry Wadsworth Longfellow.

Gleams from the Bosom of Darkness (2002) for symphonic band and chorus is influenced by the various sources of light: the moon, stars, lanterns, lighthouses, who guide our way through the darkness. Light has different intensities, different colors and different halos. It flickers, twinkles, shimmers, dazzles, gleams, dims. All of these visual images found their way into my score. Therefore, Gleams from the Bosom of Darkness is a journey through darkness while being surrounded by ever-changing sources of light. In the symbolic way, the light help us pass from darkness into a better place in our lives: from hard times to better ones.

The endless coloristic opportunities that chorus and wind ensemble can give drove me to create an atmospheric, mysterious and somewhat meditative work rather than a piece that uses the wind ensemble as an accompaniment to the chorus: blocks of sound and rapidly changing colors instead of lyrical melodies or functional harmonies. The chorus and the wind ensemble are one body; both are instruments as well as voices.

My search for texts ended when I read the poems and other writings of Henry W. Longfellow (1807-1882.) Longfellow’s work is full of descriptive images of light and darkness, both in the visual and the symbolic sense. His poems are the closest written descriptions of light and darkness as I imagined while writing the music. Written at time when electricity was barely introduced, the poems still bring a romantic quality into the visual element of light; a more personal contact between the man and his light. In my composition, I used fragments from various poems to support the musical statement of light and darkness.

Gleams from the Bosom of Darkness was commissioned by “The Frank L. Battisti 70th Birthday Commission Project”, and is fondly dedicated to Frank Battisti with high appreciation of his life achievements.