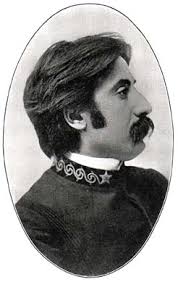 Creatore studied at the Royal Conservatory and, at the age of 17, he was conductor of the municipal band in Naples. A fine trombonist, he performed with several other bands in Italy.

Creatore also formed an operatic company in 1918, and this group functioned for five seasons. In 1936, he conducted a Works Progress Administration (WPA) orchestra called the New York City Symphonic Orchestra. In 1937, he led the New York State Symphonic Band, also sponsored by the WPA.

He did guest-conducting well into the 1940s, and his last public appearance was at the age of 75 in New York City.

Creatore was a flamboyant, emotionally-charged conductor. He was renowned for his interpretation of Italian operatic selections. He conducted with his hair flying and his body swaying, literally mesmerizing his audiences. His band made many 78 rpm recordings, some acoustic and some electric, which have become collectors' items. He lived in New York City. The colorful March Electric is perhaps his best known work.