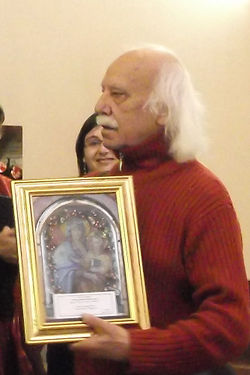 Agostini studied at the Rossini Conservatory, gaining proficiency on both the oboe and clarinet. He taught and led bands in Fano and Cartoceto. In 1915, he immigrated to Canada where he became principal clarinet in Peter von der Meerschen’s Band. He also conducted his own band others in Beauharnois, Trois-Rivières, and Valleyfield, Quebec. He spent eight years as music director in several Montreal theaters. He was an arranger and conductor for the CRBC (1933-1936), and the Canadian Broadcasting Company (1936-1971). He also conducted theater orchestras and his own bands in several Canadian cities.

Among Agostini’s wrote for voice, organ, and strings, but he is best known for The Three Trumpeters.